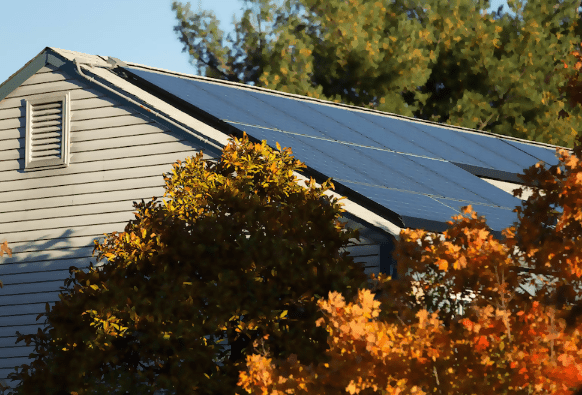 The trend of using solar panels for meeting the energy needs of home and commercial purposes is increasing every year. Besides being a cost-effective option in the long run, with its attractive return on investment benefit, solar panels reward their owners by giving them the feasibility to export the surplus power back to the utility and make extra money.

This is definitely positive news for customers and also for moving towards a greener earth and encouraging the usage of clean and renewable energy sources in the place of pollution causing fossil fuels.

On this wake, it is important that users have clear knowledge on various aspects involving the installation, usage, and maintenance of solar panels. In this post, as we move ahead we will discuss in detail one of the most common contradictory phenomenon—the effect of temperature on the efficiency of a solar panel.

How does a solar panel work?

Solar panels comprise dark-colored silicon cells covered in glass and metal. Silicon is chosen for solar panels due to one main reason:

Silicon is a good conductor of heat with a number of electrons that can be easily excited with the help of the little amount of external energy.

Silicon has electrons that are at rest state at 25°C (77°F) temperature. They get energized due to the external light or heat energy and become excited. This means they are ready to break their bonds with the neighboring electrons and thus start the flow of charge, which is the electricity, which we obtain as the energy output from the solar panel.

The relation between temperature and energy output of a solar panel

After understanding the above phenomenon, it is easier to conclude that more the solar temperature, better the energy output of a solar panel. Unfortunately, this is not correct.

When solar panels are subjected to higher temperatures than they are designated for, their temperature rises due to sun’s heat. Consequently, the energy received by the electrons at ground decreases.

This was scientifically acknowledged in an article that has been published by The Times in 2017 quoting that Qatar is too hot for the effective performance of solar panels. The article also added that the soaring temperatures to as high as 50°C (122°F) and the accumulation of dust due to winds are resulting in the drop of efficiency of the solar panel by as low as 40 percent.

The temperature coefficient, denoted by Pmax, is generally mentioned in percentage with respect to the ambient temperature of the solar panel.

The standard temperature for the power testing of solar panels is 25°C and this is what you find in the manufacturer’s ratings. Suppose, your solar panel has a rating temperature coefficient rating as -0.5%, then, for every one-degree rise in the temperature, the solar panel efficiency decreases by 0.5%.

Thus, in contrast to the popular belief, your solar panel produces optimum energy output on a sunny winter morning rather than on the hottest day in the summer!

Note: You have to keep in mind that solar panels of different brands react differently with a change in ambient temperature. However, the underlying fact is the same for all—with an increase in solar temperature, the efficiency of the solar panel decreases.

The following points may be worth notable while you are researching to purchase your next solar panel:

Pros and cons of solar energy

Anshul is working as a Content Writer at SolarMagazine.com with the goal of seeking the universalization of solar lifestyle. Keeps the conversation flowing on Facebook and Twitter.