Human civilization has started realizing how much harm they have already caused to the environment; and when it comes to taking a stand against these environmental problems, the focus shifts to the use of Renewable Energy. Have you ever wondered what Alternative Energy Sources are? and why are they supposed to help us sustain? Alternative sources of energy are the ones which do not cause any undesirable consequences to the environment, are renewable and are free!

Alternative energy sources can be implemented for houses, for cars, factories and any other facility you can imagine. Scientists around the world are researching on developing and discovering new Alternative Energy Sources so that the growing energy needs of the human population can be met more easily, safely and efficiently. Here is a list of Alternative Energy Sources which will help us maintain the balance of nature without causing it much harm as compared to the conventional energy sources. 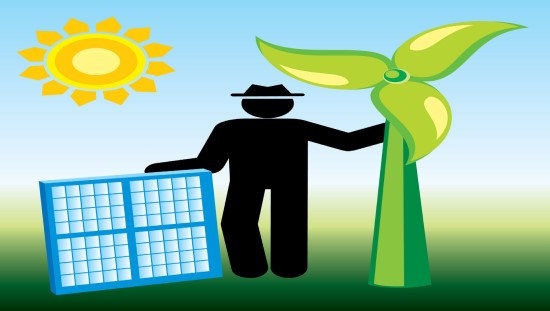 The potential energy stored in the water held in dams is made to drive a water turbine and generator. Which in turn produces electric power. This form of energy generation is called hydroelectric power. Out of all the alternative energy sources, this one has been most commonly adopted in the current time.

– The source of hydroelectric power generation i.e., water is free of cost.
– Dams can provide virtually continuous electricity generation.
– The water used for power generation can be put to use again.
– There is no chemical process involved in the power production process, therefore, the power generated is clean and does not harm the environment.

This is the energy which the earth receives from the Sun. This is one of the most promising alternative energy sources, which will be available to mankind for centuries to come. The only challenge remains to tap solar energy in the most efficient way. The solar power generation is done by using a series of photovoltaic cells where the solar rays are converted into electricity. Apart from electricity production solar energy is also being used for heating water, cooking food, etc.

The power of the wind is harnessed to propel the blades of wind turbine attached to an electric generator to generate wind energy. Wind energy is an effective alternative source of energy in areas where the velocity of wind flow is high.

This is the energy developed from the wastes of various human and animal activities like the by-products and wastes from the timber industry, agricultural yields, municipal solid waste, etc. Out of the many alternative sources of energy, this is the one which takes into account the utilization of waste material to develop energy thereby disposing of them in a profitable and effective way.

– It is an environmentally friendly way of energy production in which biological mass is recycled and re-used.
– The biomass will keep generating and decomposing as part of the natural biological cycle. Therefore, biomass energy is considered a renewable source of energy.

This is the energy tapped from the heat inside the earth. Hot rocks residing in the core of earth heat water which emits the surface of the earth with pressure and as steam. This pressurized steam can be used to run steam turbines to generate electricity.

– Similar to other alternative energy sources, the geothermal energy source is free of cost.
– With a proper power generation system in place, no harmful by-products are produced.

The surface of the earth is 71.11% covered by water bodies especially oceans. The tides in water rise and fall due to the gravity of the sun and moon. Since we know about how the position of moon changes we can predict the rise and fall of tides. This rise and fall of tides can be utilized by setting up small dams and passing water through the turbines to generate power.

– The source of power generation is free and renewable.
– The power generated is clean and does not cause any pollution.

As promising as the use of alternative sources of energy may sound, it is still under research as to how to tap energy from these resources in the most efficient and effective way. Although small power generation systems can be put in place, power production from these resources on a large scale is still a challenge with hydroelectric power generation being an exception.

Many countries are not yet ready to move from using conventional energy sources to the alternative energy sources as it involves a huge amount to decommission the old power generation infrastructure and establish new infrastructure. Therefore, the shift is ideal to be made in phases.

Why use alternative energy sources?

Alternative energy sources are available free of cost and do not tax the environment for their usage. Power generation through alternative sources of energy is clean and ‘green’. If we shift to use power generated from these sources, then carbon dioxide emission from the conventional energy sources will be greatly reduced, and the problem of global warming will be solved in a few years. Also, the fast depleting traditional energy sources can be preserved. Along with air pollution, the use of traditional energy resources also causes soil pollution and water pollution by releasing various toxins to the land and water. This can also be controlled reasonably.

The damage that we have caused to earth after the industrial revolution is huge and we will have to take action immediately if we want to keep the planet sustainable for our future generations. The biggest leap that mankind can take to prevent further damage is to start using alternative energy sources.