Hydroelectricity or hydropower is the energy harnessed from the great kinetic energy (energy of motion) possessed by water. It is a renewable and sustainable energy. The word hydro means water, which refers to power from water. Due to gravitational force, water flows and falls with so much energy that can turn the turbines whose mechanical energy can activate the generator to produce electricity. To harness water to generate power, there are three components to consider, viz. the dam, reservoir and electrical plant. 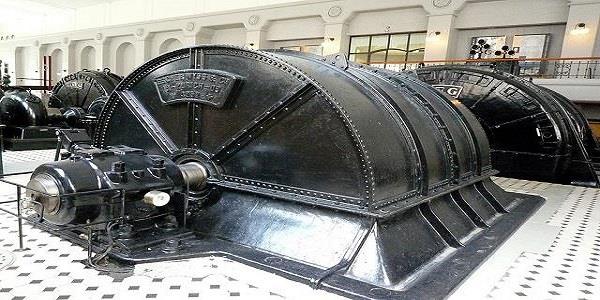 Hydropower has been utilized for hundreds of years by humankind in various applications such as grinding wheat into flour. It was later realized that water has the potential to produce electricity. As thus, the first hydroelectric plant was constructed in 1879 in Niagara Falls which lighted street in 1881. Today hydropower contributes to about 10% of the energy consumed in the United States. Many countries are making use of this energy with China being the top producer.

Here we start by discussing the basics of hydropower.

How does hydroelectric energy work?

Hydroelectric energy basically works by channeling massive amounts of water to power turbines to make electricity. There are various types of hydroelectric plants which we will discuss subsequently. Nonetheless, they all use the kinetic energy possessed by large quantities of water which will activate machinery that produces power. The amount of power you can generate depends on the amount of water and the force it applies when it falls from the reservoirs. 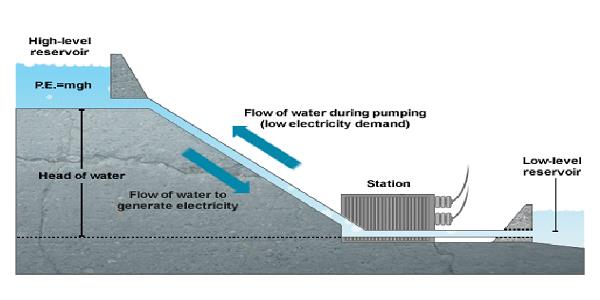 This facility uses the dam to store massive amounts of water in a reservoir. It is also referred to as the storage hydropower. The system provides a base load of electricity to consumers. It can also be shut down or activated anytime depending on power demands. To generate electricity, the water is extracted from the reservoir directly to the turbine which is connected to the electric generator. The generator will then give us electricity. This technology can store power which is independent to the inconveniences of water-flow for a couple of months. 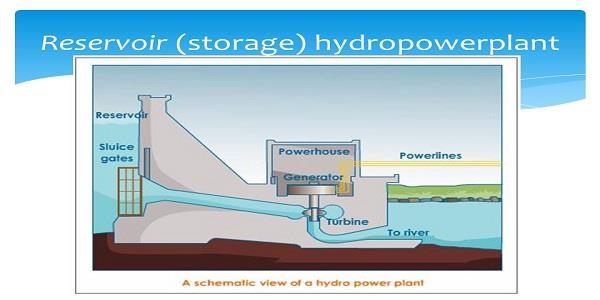 This technology harnesses the natural flow of the river in producing the power. The water flows naturally from upstream and gets directed to the turbines which will activate the generator to produce power. Because of this natural flow of water in the river, the system does not necessarily need the storage. The system is continuous so it will provide the base load continuously to the end-user. 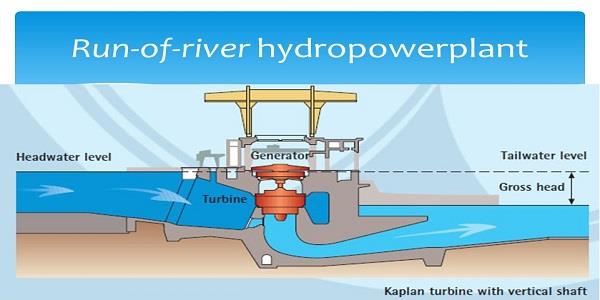 Tidal power stations take advantage of tidal waves in the oceans. These waves fluctuate on account of the attraction of the moon to the earth and they often happen twice a day. The waves are effective in generating electricity by turning the turbines. 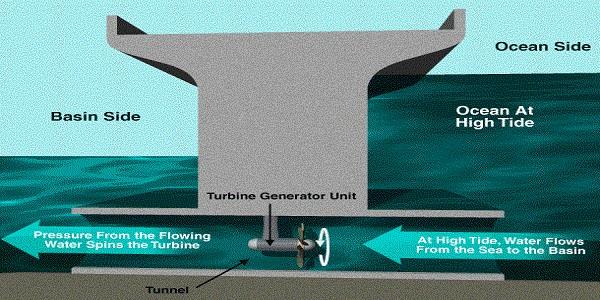 This is a global talk nowadays. Hydropower is touted as one of the largest sources of renewable energies around the world with China at the helm of leading hydroelectric energy producers. Not only is it the largest but also the cleanest with no air pollutions. According to reports, hydroelectric energy contributes to about 74% [1] of the total renewable electricity production. The International Energy Agency (IEA) pushes the agenda to see the figure doubling by the year 2050.

The kinetic energy possessed by water is of high magnitude to produce so much power to power millions of homes around the world. All that is needed is sufficient supply of water in oceans, artificial lakes to store the water and the electric plants installed in close proximity to generate power. The electricity will then be taken to the electricity grid to the consumers. While the capital costs may be exorbitant, the running costs of hydropower are cheaper since there is little maintenance involved.

Many misconceptions state that hydropower compromises irrigation which is not true in large water sources that are predominantly used for hydroelectric production. The large reservoirs that are built for the purposes of hydropower generation can also feed more water to irrigation facilities. These reservoirs collect large volumes of water which can be directed to the irrigation systems.

In areas frequented by floods, hydropower applications can hinder the occurrence of floods. The hydropower plants are often constructed in such areas to control floods because large reservoirs are built to collect large volumes of water, especially in dammed water systems. Instead of giving way to flood pathways, they are redirected to a large retention. Small retentions of water are also effective in managing floods.

In the extraction of metals and in controlling small furnaces, hydropower is also used as a reliable alternative to the depleting fossil fuels. There are many industrial applications which will differ from one industry to the other.

Hydroelectricity plants can also be used in energy storage. Currently, about 90 GW of Pumped Hydro Storage exists in the world. Pumped Hydro Storage is a system mainly used to store grid energy, and utilities are at the forefront of this technology. Essentially, it benefits them in load balancing, intermittent solutions, and capital investment reduction. Wind and solar energy, for example, are intermittent energy sources, so hydropower storage becomes useful at such times.

Pros and Cons of Hydroelectric Energy

Hydropower is touted as the best energy to power homes and potentially replace large portions of fossil-fuel-generated power in the coming years. However, it has some drawbacks which should be weighed too. But, in overall, the pros of hydroelectric energy outweigh the cons, which then make it an attractive and lucrative energy option. Let’s highlight the pros and the cons of this energy.

Social and Environmental effects of hydropower

Negative effects of hydroelectric power on the environment

It is important to research about the ownership of land and the dam prior to installing the plant because these issues may hinder the progress of the plant. There have been many places where this has occurred. Some of the negative effects this energy product has, include the killings of fish and ecosystem health due to some traces of methane emitted from water.

The construction of reservoirs and installation of plants may force the eviction of households in the precinct of the water resource. Before the project starts, you have to find an alternative accommodation of the people and that may be costly. The project may also compromise agricultural land and historic landscapes in close proximity to the dam.

Many countries have come to the forefront of utilizing hydropower as potential alternative to fossil fuels-generated power. Let’s check the facts and figures of annual consumption in selected countries such as the US, China, Russia, Brazil, India and Canada.

Brazil is also the largest producer of hydroelectric energy in the country. The country is home to the second largest hydropower plant in the world with an installed capacity of 14 000 MW [2] and 20 generators. Today, the country generates about 70 GW of hydroelectricity.

Yearly hydropower consumption in US

The United States is also one of the largest producers of hydroelectricity energy in the world. Hydropower provides 10% of electricity [3] in the United States. That is equivalent to over 250 billion kilowatt hours annually.

Yearly Consumption of hydropower in Russia, India, and Canada

Worldwide, hydropower contributes about 16% of electricity [4] on a yearly basis. Over 60 countries rely on hydropower for half of their energy consumption. Since 2013, the usage of hydroelectric energy has grown by 4% because the energy is seen as the potential renewable source.

The greatest impact is that, hydropower generation brings absolute low-costs of energy usage to consumers and government. Amid ever skyrocketing fossil fuels prices, hydropower can save many households lots of money. While capital costs may be exorbitant, operating costs are infinitesimal. Moreover, these hydropower plants have an incredibly long lifespan of 50 to 100 years. If the system was built many years ago, it would take time to replace it. The hydropower system repays itself in fewer years.

Hydropower has lots of potential in future. The future looks bright because the conventional fossil fuels are getting depleted. Experts see hydropower as the potential to replace carbon emissions and thus cut greenhouse gas pollution. EU (European Union) has already encouraged its member states to reduce carbon emissions by 20% in 2020, which then gives way to renewable energies such as hydropower. The United States has also proposed to generate 15% of hydropower by the year 2030. On top of that, the International Energy Agency proposes a doubling of hydropower worldwide by 2050 from 16% to 32%. Worldwide, the hydropower output is about 1000 GW, and this is foreseen to grow even more.

This marks the end of our comprehensive review of hydroelectric energy. The energy is seen as the potential replacement of the carbon-emitting fossil fuels. The ease of generating this energy makes it possible for countries to harness even though the cash-strapped countries find it difficult to invest exorbitant capital costs.

Despite the environmental impacts, the hydropower has positive outlook and economic impacts. As a result, world leaders are proposing a huge output in the coming years.